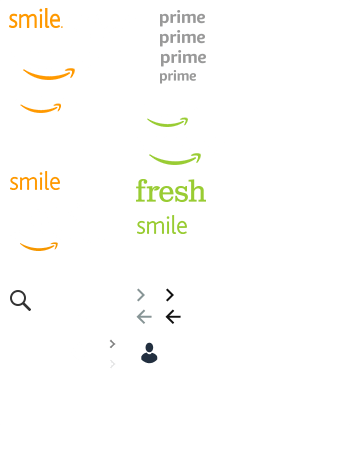 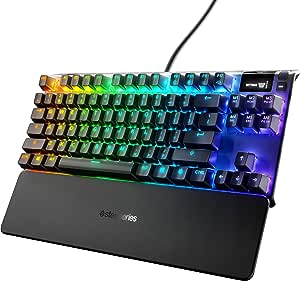 Other Sellers on Amazon

International Warranty: If purchased from outside the UAE, manufacturer warranty may not apply. Click Here [PDF 195 KB]

Page 1 of 1 Start overPage 1 of 1
This shopping feature will continue to load items when the Enter key is pressed. In order to navigate out of this carousel, please use your heading shortcut key to navigate to the next or previous heading.
Back
Next
Customer Questions & Answers
See questions and answers

5.0 out of 5 stars
5 out of 5
3 customer ratings
How are ratings calculated?
To calculate the overall star rating and percentage breakdown by star, we don’t use a simple average. Instead, our system considers things like how recent a review is and if the reviewer bought the item on Amazon. It also analyses reviews to verify trustworthiness.

Jac
2.0 out of 5 stars Poor quality control and customer service treats the customer as the problem.
October 23, 2019 - Published on Amazon.com
Size: Apex 7 TKLStyle: Red – Linear & QuietVerified Purchase
UPDATE: After trying to get support from Steelseries, they (SteelSeries, NOT Amazon) wanted videos of the broken key, documentation, photos and stated that I would get an RMA. They then decided that I should just send it back. They would repair or give a credit for something from their store. No thanks. Going back to a different manufacturer that supports their own products and doesn't treat the customer as the problem.

I have no idea how this has such a high score.
The first one I got had trouble with the Question Mark key. It would constantly do a repeating backslack.
I returned and got a replacement, the second had a dead Nine key.

I have zero clue how it can be only me. I tried with different keyboards and no trouble. Tried the Apex 7 on different computer and same issue.

Granted that this is really comfortable and had a great wrist rest. But if a key doesn't work, no matter how comfy it is, it would be worthless.

Egor
5.0 out of 5 stars This keyboard lives up to the hype.
August 8, 2019 - Published on Amazon.com
Size: Apex ProStyle: OmniPoint AdjustableVerified Purchase
The review is about the Apex Pro Keyboard, NOT Apex 7.

Adjusting the actuation is great! I can feel the difference in games with their super fast actuation. Typing is just the reverse though, I have a lot of typos with the super fast actuation. Which isn't a problem at all, because you can switch profiles on the fly and have one of the best typing experiences imaginable with super deep 3.6 mm actuation point. It's like having multiple keyboards at once, and being able to change them effortlessly to suit the task at hand.

Some disadvantages I'd like to point out:
- Not waterproof. Be careful with it.
- Only the main block uses omnipoint switches. Not a big issue considering you don't really use the other keys, but that's a good reason to make a 60% or TKL Keyboard with only omnipoint switches, no? After using TKL keyboards I've really appreciate the extra space. I highly recommend the TKL version over the full one, once it actually releases.
- O-rings will prevent the 3.6mm actuation point from working properly, and I really didn't like how O-rings felt on this keyboard. Not really an issue considering that the keyboard is already quite silent even without any O-rings.

Shraken
1.0 out of 5 stars not even 3 months.
October 13, 2019 - Published on Amazon.com
Size: Apex ProStyle: OmniPoint AdjustableVerified Purchase
All of a sudden out of the blue this thing just started going bananas. The keyboard starting doing over 13 THOUSAND key strokes a second, opening all type of apps, settings, you name it. After all that my PC finally crashed but the damage this caused was so bad I was forced to reformat my PC.
Read more
54 people found this helpful

Mazin Recine
5.0 out of 5 stars Great Keyboard with Cool Features
July 29, 2019 - Published on Amazon.com
Size: Apex 7 TKLStyle: Brown – Tactile & QuietVerified Purchase
I have owned a Steelseries keyboard in the past and was greatly disappointed with the switches it used. I had a m750 with the qx2 switches, and they just felt off to me. Not really sure how to explain, but they just felt off. Im not generally a fan of linear switches ( as a gamer, blasphemy I know) as I tend to have a heavy hand and accidentally hold shift or ctrl by accident, which messes up my movement and gets me killed. Not only that but I feel I mess up more when typing essays for college and have to go back to revise more frequently. I needed a new keyboard that would allow more space for my mouse, as I play on a low dpi, and was looking at TKL models from various companies. Originally I was planning on the G Pro from Logitech to go with my G Pro Wireless, but then I realized they had Romer-G switches. I tested them out and found them alright, but lack of customization and after market keycaps was a turn off for me. The new Apex Pro TKL came out with their OmniPoint switches, which are linear switches that you could change the actuation point of to fit your preference. Again, I am not a fan of linear, so this disappointed me as the rest of the keyboard caught my attention. Luckily with the Apex 7 they allow you to choose your switches out of the 3 options they provide. I chose the browns as I wanted something fast but with some feedback. When it arrived 2 days later, I was impressed with the size and beauty of it. The nicest keyboard I owned so far. The switches feel nice, and there are a few features you won’t find on a some other TKL keyboards like the OLED display (mostly a gimmick but cool nonetheless), usb passthrough, cable routing, and dial. The magnetic wrist rest isn’t plush, more like a flat rubber surface to prop up your hand. That isn’t to say it’s not comfortable or soft, but it is a pain to clean as it is a dust magnet. They keycaps feel cheap and are my main gripe for a premium keyboard, however I Luckily had higher quality shine-through keycaps from previously. Overall I am satisfied with the keyboard and would recommend to anyone thinking of purchasing.
Read more
45 people found this helpful

Mike L
5.0 out of 5 stars Great keyboard; feels nice, not overly loud and satisfies most gaming requirements
July 15, 2019 - Published on Amazon.com
Size: Apex 7Style: Red – Linear & QuietVerified Purchase
I've been using a smaller mechanical keyboard for a few years now and as time progressed, I really was missing out on the number pad and the extra space the regular size keyboards afford. I tried out a few mechanical keyboards at a Best Buy and this was the one that felt the nicest and had the aspects I was looking for the most. That being said, it is a little pricey and from what I've read, spending a few extra bucks for the "better" switches, seems like it would have been a better idea in the long run, though I am very happy with this purchase as is.

If it was cheaper, I'd recommend this keyboard to everyone, but, in terms of quality, my expectations and enjoyment from use, I'm still giving this a 5/5.
Read more
33 people found this helpful
Go to Amazon.com to see all 503 reviews 4.4 out of 5 stars
Discover the best of shopping and entertainment with Amazon Prime
Prime members enjoy FREE Delivery on millions of eligible domestic and international items, in addition to exclusive access to movies, TV shows, and more.
> Get started
Back to top
Get to Know Us
Shop with Us
Make Money with Us
Let Us Help You
EnglishChoose a language for shopping. United Arab EmiratesChoose a country/region for shopping.
© 1996-2020, Amazon.com, Inc. or its affiliates